Check out the book, Shanghai Story: A WWII Drama Trilogy Book One by Alexa Kang, as featured in this post from Writer Christoph Fischer’s blog 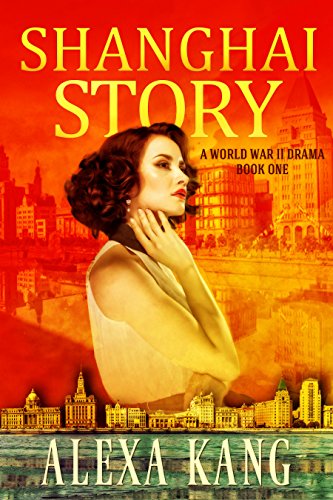 Set in Shanghai of 1936 this is as much an informative and well-researched historical novel as it is an intriguing murder mystery. We follow two characters mainly, Clark, who has just returned from studying in the US, and Eden who is a Jewish refugee from Berlin and stateless by law. Her father, a Doctor, successfully treated Clark’s father. Despite a mutual attraction between Clark and Eden, circumstances are complicated and stand in their way.
Eden starts works for a newspaper and when a friend is brutally murdered she takes on the police force to find out the truth, with help from Clark and his connections.
The novel took a while to get going for me with the setting up of the characters and their background .I enjoyed the urgency of the second half, once the murder mystery fully takes…