Check out this review of the book, Now You See Her, by Heidi Perks, as featured in this post from Alison Williams Writing blog. 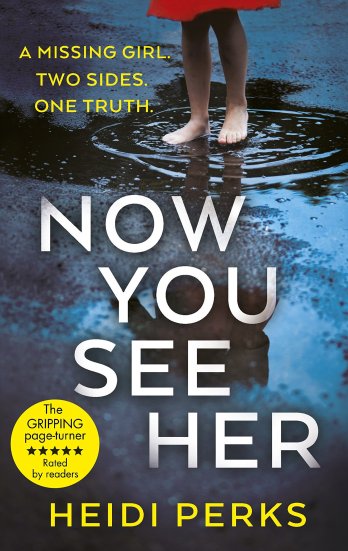 Charlotte is looking after her best friend’s daughter the day she disappears. She thought the little girl was playing with her own children. She swears she only took her eyes off them for a second.

Now, Charlotte must do the unthinkable: tell her best friend Harriet that her only child is missing. The child she was meant to be watching.

Devastated, Harriet can no longer bear to see Charlotte. No one could expect her to trust her friend again.
Only now she needs to. Because two weeks later Harriet and Charlotte are both being questioned separately by the police. And secrets are about to surface.

Someone is hiding the truth about what really happened to Alice.

I really like the idea behind this novel. Charlotte is looking after Alice for her friend – something Harriet never usually allows. Alice is nervous, timid, shy, a bit like her…