Check out the book, The Emperor of Shoes, by Spencer Wise, as featured in this post from Linda’s Book Bag blog. 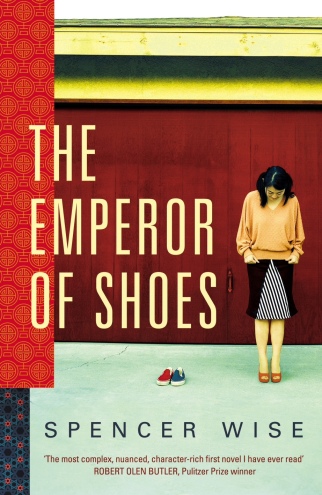 I had been sent a copy of Spencer Wise’s The Emperor of Shoes by lovely Katherine Sunderland of No Exit Press in return for an honest review and then when I was asked if I would like to participate in the launch celebrations with Anne Cater‘s Random Things Tours I jumped at the chance.

The Emperor of Shoes is available for pre-order through these links.

The Emperor of Shoes

Alex Cohen, a twenty-six-year-old Jewish Bostonian, is living in southern China, where his father runs their family-owned shoe factory. Alex reluctantly assumes the helm of the company, but as he explores the plant’s vast floors and assembly lines, he comes to a grim realization: employees are exploited, regulatory systems are corrupt and Alex’s own father is engaging in bribes to protect the bottom line. When Alex meets a seamstress named Ivy, his sympathies begin to shift. She is an…