Check out this review of the book, The Fortunate Isle, by Ronald Mackay, as featured in this post on The Story Reading Ape Blog. 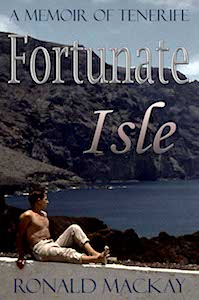 Take a trip there with Ronald Mackay. 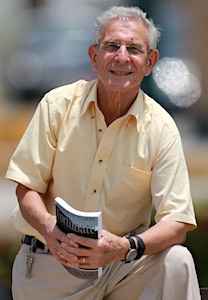 An intriguing title is only one of the delights to be found in Fortunate Isle: A Memoir of Tenerife (Plashmill Press, 2017)by Ronald Mackay.

Ronald recently wrote an article introducing himself to readers of the Story Reading Ape’s blog, describing his life, travelling and teaching behind the Iron Curtain, in Mexico, England and Canada. Later he specialized in the design, management and evaluation of development projects which again took him across the globe. His latest memoir tells of a year he spent in the Canary Islands as a young man with everything to learn about the world and himself. The islands have often been called the Fortunate Isles, and yet another alluring name for the largest, Tenerife, is Island of Eternal Spring.

Mackay left home in Scotland at 18, after failing to win the University place he hoped…